we have a Mac Pro Late 2013 with a Promis Pegasus2 R6 running without problems for 7 years. Yesterday we upgraded from Mac OS 11 (Bis Sur) to 12 (Monterey).

Now the drive is not visible anymore. We have installed the latest Driver 6.2.17 and the latest firmware. The system seems to know the Pegasus (see screenshot). 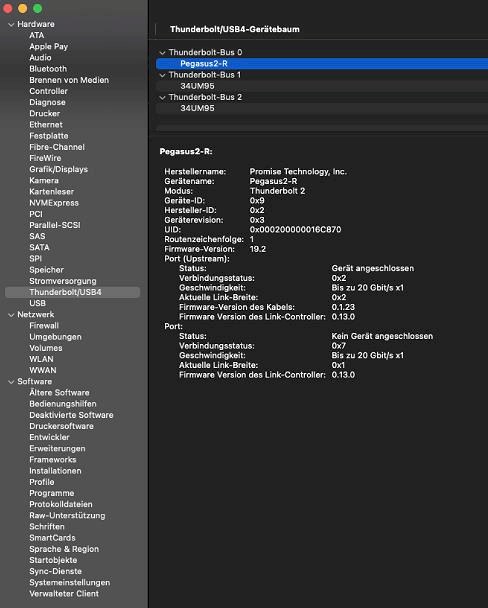 The Promise Utilities App can connect to the drive (see screenshot). 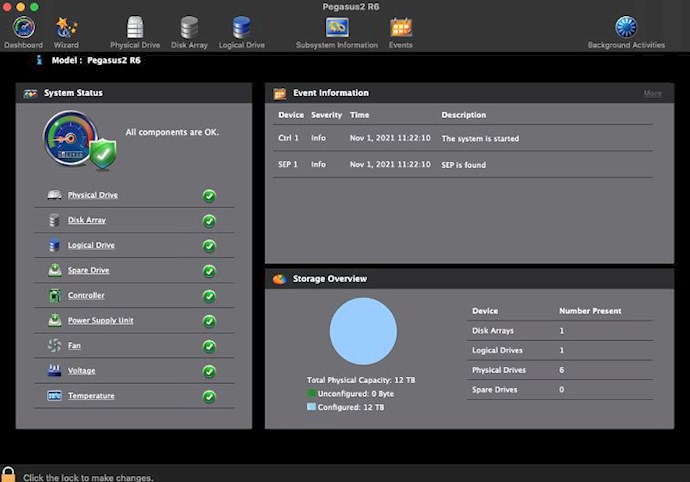 Is there any problem mit Mac OS 12 Monterey?

I am having the exact same issue. Updated all the software and still wont mount. On my 2017 Macbook Pro runnng Mojave it mouts and shows up with no issues. Is this just somehtng we need Promise to update a driver for? If so When might that be?

We figured out that a USB-Hub was the problem. When we disconnect the USB-Hub, the Promis-Drive appears on the Desktop.

Can you provide some more information?

Which macOS are you running? Is it M1?

Does Promise utility see the Pegasus?

Is the Pegasus driver loaded? Please open a system profiler and go to Software > Extentions and look to see if the Promise Stex driver is loaded.

If possible, save a service report from the Promise Utility and also save the System profiler, if you zip the files you should be able to upload them to the forum.

Have a similar problem. Since the update to Monterey, my Pegasus R2 has been recognized but is no longer writable.
I updated the utility software as well as the controller via img.
A repair using the hard drive repair program failed. The write rights are set on the volume. And now? Any Idea.

Before the update everything works fine… 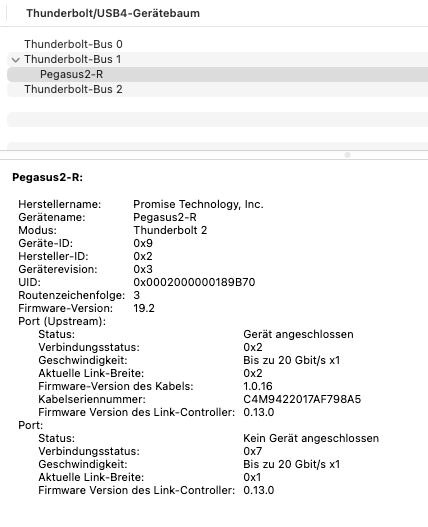 Having a similar problem with a few wrinkles.

I have 2 Pegasus2 6 RAIDS. On my old intel Macbook, both mounted fine using an Apple Thunderbolt adapter.

I just got a new Macbook M1max and it will mount 1 of the 2 drives.

The one that doesn't mount doesn't show up in disk utility.

I upgraded to the latest 32 driver to no effect.

I downloaded Promise Utility but every time I launch it it crashes the system.

I downloaded the 32 firmware update (multiple times) but my Mac says the file is corrupted.

How can I get both RAIDS to mount as they did on the Intel Macbook?